How Online Reviews Can Impact Rank and CTR on SERPs

When it comes to digital media, the rules are always changing. In a world where yesterday’s breakthrough is today’s gimmick, small businesses need to be ready to change strategies at a moment’s notice.

Despite all this potential for change, there’s one golden rule in the world of digital media marketing: if Google doesn’t know who you are, no one does. So if a small business owner wants to stay relevant today, they’re going to need an online presence (and a strong one, at that).

When we talk about online reviews, we typically look at it in a vacuum. By pointing to statistics like nearly 90% of consumers read reviews before visiting a local business or that 72% of consumers say that positive reviews make them trust a local business more, agencies are able to show small businesses that online reviews are a critical component of expanding your marketing strategy.

But what if online reviews are even more important than that? What if they could empower the rest of a small business owner’s marketing strategy and become the driving force behind their online presence?

We get it: organic CTR seems like a strange place to start when it comes to SEO strategy. But isn’t that the goal of digital marketing? To get people to your website?

This disconnect occurred because as digital media marketing strategies continued to evolve over the years, people’s perceived importance of organic click-through rates on Google steadily declined. Instead, SEO metrics like inbound links have taken center stage.

But make no mistake–organic CTR matters (quite a bit more than you might think). To understand why primary metric takes center stage, first we need to understand a bit more about how Google determines search rankings. Google uses several algorithms, each with fun code names like Penguin, Possum, even Hummingbird. RankBrain itself is something a bit different. The easiest way to think of it is that RankBrain is an artificial intelligence system working within Hummingbird that helps Google process search results. the one we’ll be focusing on today.

Essentially, it’s a way for Google to deliver more relevant results by interpreting the meaning of entire keyword phrases instead of focusing on individual keywords. Sounds straightforward enough, right?

Here’s where things get a bit strange: Google does not favor transparency when it comes to their algorithms, so SEO experts need to extrapolate what’s important to Google.

Google’s official representatives have gone on record time and time again saying that there’s no way to optimize your website for RankBrain. But with each study conducted, we gain a better understanding of how RankBrain actually works. So to avoid speculation, we’ll just be focusing on the data that’s been collected.

While there are a number of key factors in play when it comes to Google’s search results, it’s become clear that organic CTR can have a massive impact on the popularity of a website. To prove this, let’s take a look at a study that Moz featured in one of their articles.

In an effort to better understand how RankBrain operates, the study starts by recognizing that Google would be using CTR as the deciding factor on how pages should rank. Why? Well, because the majority of pages having zero external links pointing to them, CTR ends up being your most accurate indicator of engagement and relevance.

The study goes on to examine a variety of other scenarios, but here’s the takeaway: RankBrain boosts the search rankings of pages that have higher organic click-through rates. Increasing your CTR by a measly 3% is enough to move up one position in Google’s ranking.

Breaking into The Virtuous Cycle of Google, SERPs, and CTR

This leads us to the cyclical nature of Google and SERPs. Google wants to go where the people are going and tends to reward popularity. By doing so, that website gets even more traffic directed towards them and becomes even more popular. Rinse, lather, repeat. This snowball effect is ‘The Virtuous Cycle’, the positive feedback loop that every business on the planet hopes to get caught in.

There’s just one problem with this situation: how can the average small business owner’s website get into the virtuous cycle when Google only rewards sites that are already popular? Well, obviously increasing your CTR has been proven to improve your ranking on Google. But organic CTR can be tricky too! After all, how do you actually get people to click on your link?

Well, WordStream put together a fantastic list of ways that you can improve your organic CTR today. Here’s just a few:

All of those tactics can absolutely help increase your organic CTR. But none of that will matter in the long run if small business owners don’t safeguard their online reputations. Remember those statistics in the beginning about how impactful online reviews are? Users trust reviews.

Ensuring that positive reviews keep flowing in and that negative reviews are addressed is crucial to increasing organic CTR. After all, how can you expect people to click on your link if they don’t trust you?

Some small businesses focus on Seller Ratings, which aim to inform shoppers that you’re a trusted business with a stellar reputation. The actual criteria for a Google seller rating is actually pretty simple:

Seller Ratings are great, but they rely on a ‘pay-to-win’ advertising approach that doesn’t breed trust between a small business and a consumer. Psychologically, readers who see Review Stars are more likely to resonate with this more organic approach. That being said, Google doesn’t exactly have a history of being straightforward when it comes to their schema guidelines (you can check out our analysis of the latest schema-scare here).

So, how can you actually increase your chances of getting your Review Stars to show up? Well, we’ve already touched on it, but to reiterate: your page needs to have ‘Authority’ and ‘Rank’ high enough on Google.

One way to increase your page authority? Content. If you want Google to take your business seriously, you’re going to need quality content (and lots of it). Websites with a blog have consistently been favored over websites without one. Why? Because Google loves novelty and blogs are constantly updating their catalog. Invest in content and you’ll be amazed at what how your online authority will grow.

There may not be many guarantees, but increasing your page authority seems to be the only consistent factor when it comes to having your Review Stars appear in organic SERPs.

With online reviews being one of the leading factors that influence shopper decisions, the real question is how do you get those coveted Review Stars to appear in organic SERPs? 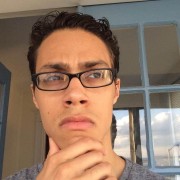