What Customers Really Want When They Leave a Bad Review

A bad review can be triggering for a business owner. It hurts your soul. We asked customers what they really want. A bad review is a last resort for most. Read More...
Tweet304
Share164
Share
Buffer90
Email
558 Shares
Reading Time: < 1 minute

It's really easy to get caught in the mindset that says 'a customer who leaves a bad review just needs you to placate them with a refund or a freebie of some kind.' Yet when I set out to ask customers what they really wanted when they left a bad review, the responses were surprising.

Because for most people, getting physical compensation was not even close to being the point. Nobody hates getting a check or a gift card, mind, but it doesn't always save the customer and, as it turns out, that's rarely the aim.

Do you even review manage?

Start monitoring and responding to your positive and negative reviews.

They want you to fix their problem

Many of the people I spoke to told me the same thing over and over: they only leave bad reviews as a last resort, after they've tried everything else they can think of to try to resolve their issue.

They typically call their way up the authority chain to do it well before they turn to leaving a bad review on Google or Yelp to voice their frustration.

Consider this story from John Frigo, owner of an eCommerce nutrition site, who has to deal with bad reviews of his own.

"The last negative review I left was for a Sonic fast food restaurant. My girlfriend bit into a burger that had a piece of bone in it, and broke her tooth.

It happened in the evening, so we had to run out and get an emergency dental patch kit. She was in discomfort all night, and we had to go to an emergency dentist the next day. She had dental insurance, so our out-of-pocket was only about $300.

I contacted the regional manager and told him what happened. We weren't trying to make a big deal out of it. I didn't want thousands of dollars. All I wanted was for them to pay her $300 deductible.

I wound up getting the runaround, and after a few days of no answer and no communication back, I went around the internet leaving negative reviews on Yelp, Google, and Social Media.

I got a call back within about a day saying they were willing to pay the bill if I took the reviews and social media posts down."

They're lucky Frigo was willing to take down those bad reviews, and they were lucky he wasn't after more than a deductible when he could have turned it into a full-on personal injury case instead. Always do the right thing, especially when doing the right thing takes so little.

It's worth reiterating. Customers who used to be a bit helpless in the face of a company's bad behavior now have power of their own. Individuals are not the only ones that are targets of digital public shame culture.

Anyone that feels mistreated, betrayed, or disregarded can voice their issues in the public facing channels of online review sites and social media. Many of them are not afraid to use those channels to get their problems resolved.

They want you to fix your business.

Many customers who have had a bad experience simply don't want that experience to happen again, either to them, or to the other customers who might walk through your door. Or they even see a lot of potential in your business, and want to help you out by pointing out all the ways you could be doing a better job.

This is the case for travel blogger Erik "Max" Brandelmeir. Because he runs a travel blog, he spends a lot of time in hotels. He worked in a 4-star hotel as a student, which gave him a great deal of perspective.

"I try to give a hotel a review as often as I can, and yes, that includes negative reviews. My intention in doing this is to show hotel management what is going wrong and what could go better."

He adds he isn't necessarily looking to emit a specific response, but he does like it when he can walk away knowing the business is going to take his bad review seriously and make some positive changes.

This is where using review feedback to fine-tune your business comes in. And it's so valuable! While other businesses pay consultants to figure out how to improve, you can just turn to this free, crowdsourced idea pool to figure out the next step you need to take towards building the best business you can build.

They want to warn other customers

"I want to make sure this doesn't happen to anyone else," is a common refrain among people who have left the dreaded 1-star review.

Sometimes it's even a matter of health and safety.

For example, dog owner and mom blogger Tracy Bobbitt, who left a one-star review for the safety of four-legged customers who might find themselves staying at a local dog resort. By warning the two-legged ones with the credit cards, she probably spared a lot of people some serious pain, anxiety, expense, and suffering.

She left her dog with the resort so she could travel to Germany. They mismanaged a health condition while she was gone, allowing the condition to escalate to a dangerous degree before they gave her a downgraded head's up, calling the condition a "hot spot," six days after the fact.

"I came home to a severely injured dog, highly anxious and in pain. I drove him immediately to the veterinarian who said this was the most severe bacterial skin infection he had ever seen. I was enraged. I was scared and sad for Blue. I was mad at myself for leaving him with these people. I never wanted any other pet to experience what my poor dog Blue had at the hands of this facility."

They want to get a little of their own back

Whether it's perceived as vengeful, malicious, or petty, I think sometimes people who are leaving a review for this reason are dismissed when they shouldn't be.

It's easy to just wave them off, saying, "Oh, well, they just want an audience." But unless they're just a true internet troll who may not even be leaving a real review, I think you're doing yourself a disservice if you ignore these upset customers.

It's better to acknowledge that this customer feels hurt or wronged enough that they want to hurt you and your business back, if only just a little.

"I want justice," says Steve Fisher. He owns a publicity company called RPG Publicity, and understands exactly what kind of impact he'll have on the business when he leaves a bad review.

"If someone has really not delivered, I want them to lose some future business because of it. If even one customer looks elsewhere, it was worth posting a negative review."

Fisher reiterates he is also happy to leave positive reviews for companies who go above and beyond.

They want your empathy

"When I leave a bad review, I want to know the business has heard my complaint and actively worked to resolve it. I want to feel as though I am a valued customer," notes Lisa Chau, Director of Partnerships for DreamFire Interactive, a SaaS platform for real estate agents.

While she also said she wants to see companies fix the problem, the need for empathy was the real crux of the matter for her. Indeed, for these customers, demonstrating you'll fix the problem or have fixed the problem is an expression of empathy, one that works hand-in-hand with your words.

This is where companies who leave form-letter responses get into trouble.

(You are responding to every review, right?)

Because there's no empathy there. You aren't showing you actually care what happened to the customer. Sometimes that's all they want from you. They want you to care.

They want to vent their frustration

Sometimes it's just this simple.

This was the case for Haider Bokhari, owner of MyFashionSales.com.

"As a business owner, I know bad reviews could be detrimental, so I don't want to inflict that pain on someone else. But when I do leave a bad review, it really is just to let my frustrations out and to try to get some sort of inner peace with them."

For these customers, giving you a piece of their mind is a way to resolve the situation. It's just not a particularly good one for you and your business, as it means they've told the world they had a big problem and they're probably never coming back.

Many customers are fellow business owners like Bokhari. Many more work for companies who live and die on the strength of their reviews. Most customers are well aware that a bad review can have serious consequences for you and everyone working at your company.

So whatever they want, keep in mind that a customer who is just flying off the handle and being unreasonable, or who is trying to get "free stuff," is actually in the minority.

The majority of bad reviews come from people who are thoughtful and conscious about what they are doing when they hit the "submit" button.

So if you can, figure out which of the reasons above is driving your "reluctant reviewer," so you can craft an appropriate response...one that, in many cases, will need to go beyond words. 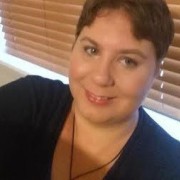