How To Add Your Business To Apple Maps

Is Apple Maps worth the time for a local business?

As you’ll soon see, it’s a worthwhile investment and a key part of your local search and review management strategy.

Get the Reputation You Deserve with Grade.us

Easily ask for reviews. Get notifications for new reviews so you can quickly respond. Automatically share your best reviews on your website and social media.
Get Started

What is Apple Maps?

Apple Maps is a web mapping service exclusive to iOS, iPadOS, WatchOs, and macOS. As the name suggests, it’s built by Apple Inc. Prior to launch in 2012, Apple announced that their app would include turn-by-turn navigation, 3D maps, Flyovers, and Siri, their virtual assistant.

Apple Maps previously relied on TomTom for map data and agreements with other third-party providers in other countries.

Within one month, users complained as Apple struggled with technical issues, wrong directions (yikes), no support for public transportation, and a plethora of bugs.

Apple made a change.

In January 2020, Apple made the transition from third-party providers, opting to gather fresh location data themselves.

Their feature set is comparable to Google Maps, but the significant benefit to Apple Maps is the fact that so many third-party providers (e.g., Yelp or Booking) are integrated into their service.

While Apple is exclusive to Apple devices, Google Maps is a cross-platform application on Android and iOS. The services are comparable, but there are some important differences. Here are a few:

There’s a significant degree of overlap here, however, there are some crucial differences.

Want a navigation experience that’s seamless, one that’s fully and natively integrated across your Apple software and devices? Then Apple Maps is probably the best fit.

If you’re looking for a rock-solid mapping tool that provides you with a comprehensive amount of data and access, Google Maps is what you need.

Add your business to both Google and Apple Maps.

With CarPlay, iPhone users can unlock and start their car with their iPhone. You can make calls, send and receive messages, choose your favorite music, and get directions for your route.

It’s all hands-free of course.

CarPlay with Siri voice control gives you the hands-free experience you need to manage Apple Maps. As a fallback, you can work with your car’s controls as well. You can even use Apple Maps and Siri to report problems on the road.

Apple users are the primary users of apple maps. It is the default mapping service on all Apple devices, replacing Google Maps in 2012.

Here’s why Apple Maps is important.

Apple says there are now 1.65 billion Apple devices in active use overall and 900 million to 1 billion+ users in 2019. To put things in perspective, there are 4.66 billion internet users worldwide as of 2021.

Here’s why this matters.

DuckDuckGo uses Apple Maps to display maps and navigation data in their search results. According to DuckDuckGo:

“You can click on a map result to open an interactive map where you can pan, zoom, search, and look up directions. DuckDuckGo map searches and route planning are powered by Apple’s MapKit JS framework.”

DuckDuckGo doesn’t collect user information so it’s difficult to pinpoint an exact number. However, earlier this year they hit an important milestone.

This may not seem like much but it’s significant because Duck Duck Go’s new users come from Google and Bing.

But it’s also an important indicator as it shows there’s room for tremendous growth. Apple maps usage grows in lockstep with DuckDuckGo.

How does Apple Maps handle ratings and reviews?

Earlier in 2021, Apple decided it was time for a change. While reviews are offered via third-parties for now, Apple decided to offer ratings for businesses listed in Apple Maps.

Apple’s rating system went live in 2019 with the MacOS 14 beta 6 update, with plans for expansion through 2021. As you can see, this thumbs up/down rating system allows users to rate products, services, and businesses.

It’s a work in progress.

It’s expected that Apple will expand its rating system to include reviews of local, regional, and national businesses.

What’s unclear is their timeframe and the number of services they plan to add to their ratings and review system.

How to get your business listed in Apple Maps

You can add your Apple Maps listing via Apple Maps Connect. A free Apple ID is required. Here’s how you do it.

You can add the following information to your Apple Maps listing:

Apple makes this a simple and straightforward process. Just follow the prompts, provide the necessary info, and your business should be ready to go!

The future for Apple Maps

Apple Maps is intertwined with the Apple product ecosystem. Unlike other platforms that seek to attract marketers to their service (Google), Apple prefers to focus its attention on creating groundbreaking products. As their product lines mature, Apple has moved increasingly into subscription services.

We’ll have to wait and see if third-party services like Grade.us or GatherUp are given access to Apple’s platform, or if they’ll decide to keep things more private and focused on the user.

Only time will tell.

What is clear is this: Apple is actively developing its own ratings and reviews service. Though third-party support via tools like Yelp and TripAdvisor won’t disappear overnight, it’s inevitable that they’ll be phased out. This means the time to prepare is now.

Apple Maps is a priority for your business

A common mistake businesses make is putting all of their eggs in one basket. While Google receives the lion’s share of the reviews, it’s not enough to build a balanced review portfolio. This is where your web analytics can play a crucial role in your business.

Look at the operating systems listed in your analytics. Take the time to survey and follow up with customers. If they’re using iOS devices, Apple Maps should be part of your review management strategy.

With a little time and effort, and a strong review portfolio, you’ll find the rewards you receive compound over time. 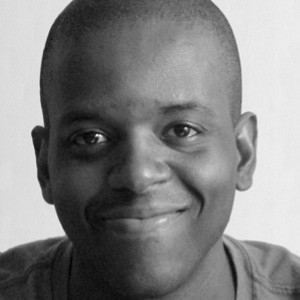 How to Boost Online Reviews with Hubspot and Grade.us