Where Will Google Place Trust Next?

From backlinks in the original version of PageRank to customer reviews today, Google’s search algorithm has always tried to emulate human trust. And, well, humans are far more inclined to trust what “people like me” say about a business than what a business says about itself. That makes reviews arguably the most significant lever marketers and Local SEOs can pull for their clients.

(Why not GMB? Because, as Darren Shaw notes in his analysis, “Three of the most heavily weighted [GMB] factors are factors that you technically have no control over. They aren’t actionable.” But more on that later.)

It’s no wonder that the online reputation management industry is poised to double in size by 2029, according to a new report from Market Research, Inc.

This all has me wondering, though:  When performance in online review becomes table stakes for businesses to have any visibility or success in search, where will Google look next for signals it can trust?

The dawn of review management for SEO

When I first started doing review generation for clients, it was a killer SEO tactic. In those days—the “aughts,” sigh—I had a handful of SEO clients who were spine surgeons. And they all had the same problem:  Laser Spine Institute.

LSI launched in 2004 and shuttered in 2019, but in the years in between, they spent millions–if not billions—of dollars blanketing the Web with content and ads promoting minimally invasive spine procedures to end back pain.

Some of the claims were irresistible to pain sufferers who didn’t want to get hooked on painkillers or go under the knife. LSI promised relief by a futuristic “laser” procedure that could be performed on an outpatient basis. Some ads even suggested patients would leave the surgery center not only pain-free but with nothing more than a band-aid.

What bothered my surgeon clients was not just LSI’s dubious claims and procedures—for which the company settled over $300M in lawsuits before eventually going bankrupt. (Among the settlements? $10M to celebrity wrestler, Terry Bollea, better known as “Hulk Hogan” or the guy who sued Gawker Media out of existence over a sex tape featuring himself and Heather Clem, the wife of “Bubba the Love Sponge.” But I digress.)

The problem for my clients was that LSI was everywhere, leading both organic and paid search results in many markets for relevant searches. Expert, principled spine surgeons found it hard to get in front of potential patients to truly educate them. Until we discovered the power of patient reviews.

Google reviews didn’t exist at the time, but then-prominent review publishers like Yahoo and Yelp did, along with niche-focused healthcare review sites like Healthgrades and RateMDs. I hand-built review funnel landing pages, “Review Us” handouts and cards, and my own URL shortener to drive patient reviewers to these influential sites. And you know what? It worked.

Not only did my clients’ third-party listings rank higher on prominent directories and in search, but so did their own practice websites. The review efforts seemed to have an outsized impact on everything Local SEO:  the trendline of impressions and clicks on Google Webmaster Tools (now Google Search Console), site visits, and new patient bookings.

Unvarnished reviews from real patients also gave my clients a second weapon in their fight against LSI, too. The review content itself became a trusted source of truth for potential patients, and fewer and fewer of them were falling prey to the slick, top-down marketing of LSI.

Reviews rule, but we want more

He notes that you really have no control over factors such as whether your legitimate business name has valuable keywords in it or whether your business is “close to the searcher,” another extremely strong ranking signal.

But here is the problem:  You, me, Shaw, Google—we all know that, in fact, local SEOs wearing various shades of hat are, in fact, manipulating these factors. All. Day. Long.

Shaw says that it might be worth changing your actual business name to include searchable keywords: “a strong case could be made for actually changing your official business name since this factor is given so much weight in the local ranking algorithm.” That would be the legitimate way to do it. Meanwhile, plenty of businesses are just changing their name in GMB willy-nilly.

Surely you can’t use SEO tactics to get “close to the searcher,” though, can you? Just ask the clever marketers setting up satellite “offices” for their clients all around town. Even if “virtual” offices are penalized, it’s still possible (and worthwhile in some sectors/markets) to create additional locations for a business that passes the sniff test of legitimacy with Google.

For service-area businesses (SABs) like contractors, landscapers, and plumbers, this kind of tactic—call it “spam” if you like—is even easier and more pervasive. SAB listings typically rely on residential addresses, anyway. And these are quite easy to multiply with the help of friends, neighbors, or other co-conspirators.

SEO has something in common with spam

Make no mistake:  stuffing your GMB name with keywords or creating multiple GMB listings for a single business is “spam.” But the situation here is bursting with so much irony that it’s hard to blame practitioners who do it.

Imagine that you’ve been in business selling widgets in Dallas for 30 years under the name “Acme Corp.” Thirty years ago, you cleverly chose that name to be listed alphabetically first in the local phonebook. Now some upstart simply named “Dallas Widgets” is eating your lunch in local search.

The rules change, but the game is surprisingly similar year after year. Even without bending or breaking Google rules, much legitimate SEO shares something uncomfortably in common with spam.

Please hold the hate mail. I don’t mean to compare professional SEO work with a shameless free-for-all of exploitative digital tactics targeting the vulnerable. But since its inception, the discipline of SEO has repeated a single, self-same pattern. Obviously, not all SEO tactics fall into this cycle. Google promotes content and technical optimizations that are good for users, such as page speed and or mobile performance, and doesn’t devalue them. But efforts of this kind can only deliver so much competitive advantage because a) Google tells you what to do, and b) everyone does it (or could/should).

The future cannot be faked… easily

So to return again to the question at hand:  When Google devalues ranking factors that marketers and SEOs exploit, or when a factor becomes so commonplace that it no longer provides a competitive advantage to businesses, what will move the needle for search rankings?

My prediction—and one of the bets my new startup Switchbird, a messaging automation software, is making—is that Google will increasingly rely on business performance in private channels like messaging and voice for its local business rankings.

I know, I know. Almost nobody uses GMB messaging, right? Businesses who turn it on see limited engagement. No way messaging is the future of local SEO, is it?

Maybe not. But consider this:  Google and Facebook are now aggressively vying to become the messaging channel of choice for conversations between local businesses and their customers.

Facebook declared in 2019 that “conversation is the future of commerce” and showed convincingly with their own data that the basic business activities of sales and service in almost every business category are shifting from emails, phone calls, and in-person transactions into chat and messaging.

Google, meanwhile, has been systematically replacing SMS with its own messaging product in GMB and elsewhere for years. Why? Presumably to capture that messaging activity within its own ecosystem. The “private” data associated with messaging, much like that in Gmail, is extremely valuable. And Google knows what to do with it.

Imagine a local business that enables GMB messaging, performs well in the channel by responding quickly to leads/customers, and earns consistent 5-star feedback in Google’s private customer satisfaction (CSAT) surveys. Google can use that information in a host of ways to serve users, businesses, and of course, the Big G itself.

My guess is that one visible result we’ll see in the near future is this:  local businesses will be rewarded with a lift in rankings for turning on messaging, driving more engagement, and giving Google clear, incorruptible signals of solid business performance. If that happens, you can bet competitors will follow suit. Then it’s off to the races.

We know that Google is already using this data to evaluate business performance against its own benchmarks. Google tracks two metrics for Business Messages “agents”:

Switchbird helps businesses of all sizes outperform on these metrics by connecting their GMB “Chat” call-to-action to customizable and automated messaging funnels that keep the business ultra-responsive to leads and customers via messaging, and then gives them a single dashboard to manage two-way messaging with leads and customers across messaging channels, such as Google, Facebook Messenger, and text messaging.

Search rank, of course, is only one potential benefit for businesses who embrace messaging. What a business really demonstrates by doing messaging well is superior customer experience:  meeting customers where they are, responding to their needs quickly and efficiently, and delivering. Leaving SEO out of the picture, businesses have much to gain by betting on messaging. It’s a no-brainer. Messaging may be a little outside of what many marketers and SEO consider their “wheelhouse.” That’s okay, reviews were too–that is, until the solutions and tactics and value to our clients or own organizations became indisputable. And the same will eventually be true not only of GMB messaging but also of local businesses on emerging channels like voice, one of the other big local marketing opportunities my team is pursuing.

Customer experience itself has long been measured by customer reviews. We should expect Google (and your competitors) to eventually look beyond review. Private channels like messaging and voice are not traditionally thought of as marketing channels. But these are certainly channels that digital marketers and SEOs are well-positioned to master. That just means embracing change in the nature of the work we do. I, for one, welcome the challenge. 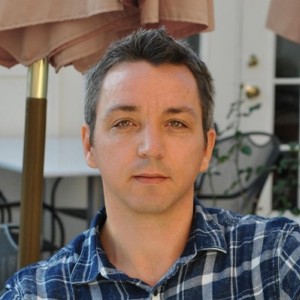 Jon Hall is the past founder of Grade.us and current founder of Switchbird, a white-label platform for omnichannel messaging, including automated text message funnels, GMB messaging agents, and two-way business texting.

Get the Reputation You Deserve with Grade.us

Easily ask for reviews. Get notifications for new reviews so you can quickly respond. Automatically share your best reviews on your website and social media.
Get Started How To Boost Local Conversions with Near Me Searches The Ultimate Guide To Google My Business in 2021