Get Restaurant Reviews To Stand Out In a Competitive Landscape

Restaurant reviews are critical to the success of dining establishments. They've become the bedrock of restaurant marketing. We'll show you how to get them. Read More...
Tweet2
Share10
Share
Buffer4
Email
16 Shares
Reading Time: 4 minutes

Botto Bistro, an Italian restaurant in Richmond, CA decided to ask their customers for one-star reviews. In their mind, it was an easy way to subvert online review platforms and gain some much-needed publicity.

Thousands of happy customers decided to leave "one-star reviews" lamenting how disappointed they were in Botto Bistro's tasty food and amazing customer service. Customers who brought in a screenshot of their review received a 50 percent discount.

What does this mean?

Does this mean online restaurant reviews aren't as important anymore?

If anything, the Botto Bistro story makes a compelling case for online reviews. A large segment of their reviews rings true. If they're negative, they're focused on genuine complaints. If they're positive, customers offer genuine feedback there as well.

The data backs this up.

Today, most consumers rely on reviews and social media for dining recommendations.

According to a recent TripAdvisor survey, "Influences on Diner Decision-Making," 94% of US diners are influenced by online reviews.

Another study found consumers who take the time to read user-generated content show a 133% higher conversion rate across all industries.

A recent study by Harvard found a one-star increase leads to a 9% revenue increase for a restaurant. These businesses would see a 5 - 9% increase for each additional star.

See what I mean?

If you're a restaurateur, online reviews are more important than ever. Your new customers will immediately look for your online reviews. Research shows, a poor review portfolio means a significant amount of lost business.

You'll attract more customers, leads and sales if you know and understand how customers search for your business. Customers use a variety of searches to identify the restaurants they're interested in. If they're searching in Google they may see search results that look like this: Customers may also use niche/industry-specific sites to search for restaurants in their target area. Here are a few results from TripAdvisor. And a few results from Yelp... Do these search results tell the whole story?

If would like a more complete picture, we'll need to take a closer look at the relevant keyword data. When I run the query "Italian restaurant reviews" through KeywordTool.io, we get a more detailed look at the types of keywords customers are using.

When we break these queries down a bit, the searches look a little bit like this:

These details give you key insights, showing you precisely what your customers are looking for. If you're aware of these details you have a clear path to follow. Let me show you what I mean.

Customers are looking for a variety of details.

Here's an example to show you what I mean. See the level of detail? This customer described the decor, seating, other customers, the food, wine pairing, the taste, the price and his overall feelings on the establishment. It's quite a lot to pack into a single review. But this customer nailed it.

Don't have this level of detail in your reviews?

Take a look at your competitor's reviews to get a sense of your customers wants and needs. Analyze the reviews of a close (local) competitor to identify customer sentiment, objections, expectations, problems and pricing. Then, use the data from their reviews (along with your own), to make the appropriate changes in your restaurant.

Does this mean restaurant reviews are a competitive advantage? 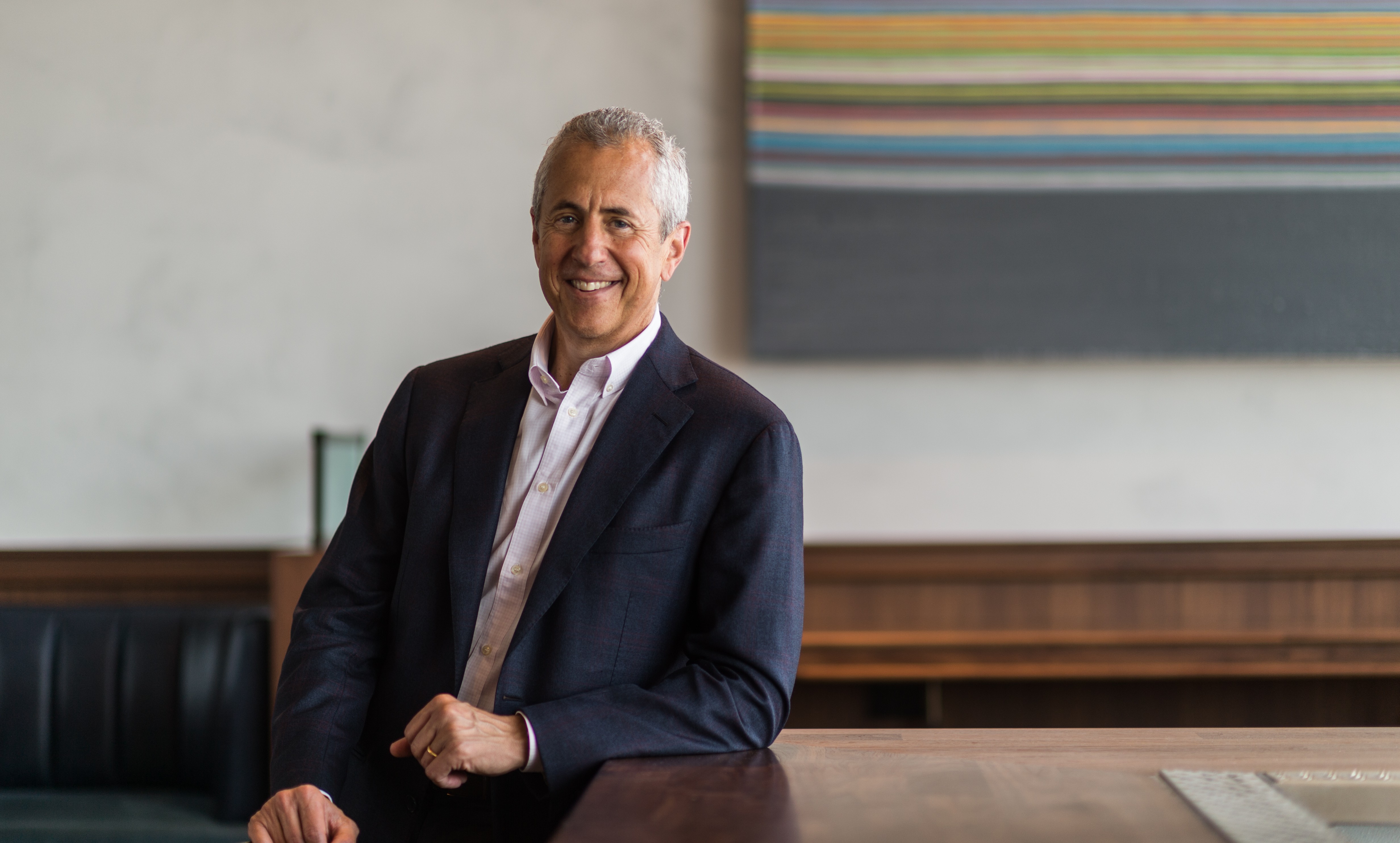 Danny Meyer gets it. His Union Square Hospitality Group is the company behind Union Square Cafe, Gramercy Tavern, Shake Shack and others. He’s fostered a culture of customer service at each one of his restaurants.

Each and every one of his restaurants has been listed in the top 40 of Zagat’s ratings of customer service since they’ve opened. Here's an example of their legendary service in action.

A woman enters Gramercy Tavern, one of Danny’s restaurants, and she’s upset. She left her purse in the taxi that dropped her off for lunch. She’s hungry, she has no way to pay for her meal, and no way to get back to work.

The culture of hospitality Meyer has cultivated kicks in. An employee, "Carlo" seats her with the rest of her party and feeds her for free. Carlo gets a co-worker to repeatedly call her cell phone number. Thirty minutes later the taxi driver hears and finally answers the phone.

Carlo arranges to meet the taxi half-way, goes there himself, retrieves her purse, pays the driver for his trouble and heads back to the restaurant. He presents the purse to his unhappy customer just as she finishes her lunch!

She's so happy she cries.

This woman left a glowing review. We're still sharing the story - almost a decade later. It's an obvious answer to the question though right? Reviews can produce a competitive advantage on their own, but they're also fantastic ways to build a strong brand moat.

The kind of moat that commands loyalty, higher prices and eager customers.

You won't get the restaurant reviews you want

Not on your own.

You need a system.

With the right system, you'll know how to request reviews. You'll also know who to hold accountable for the reviews that come in (positive or negative). There are several ways to request reviews from each of your customers. The strategies and tactics that work best depend primarily on the type of restaurant you have.

You'll need your customer's contact info, regardless of the type of restaurant you have. If you're running a fast food or casual sit down restaurant, loyalty and membership programs work are an excellent way to do that. Here's a brief primer on that.

Both give you customer data.

If you're running a fine dining restaurant however, loyalty and membership programs may do more harm than good. There's a better way to approach the fine dining problem. In fact, you may already have a solution in place.

When customers make a reservation, they typically provide you with their contact information. You can use their contact info, with permission, to personally request reviews from notable (and satisfied) patrons. Here's a template you can use to customize your review request.

You're one of our regulars, the customers that keep us going. I want to thank you for coming back to visit us as often as you do. Thanks for bringing your family and friends as well.

I have a question for you.

Thanks again for your support. Please come and see us again soon!

We're requesting feedback from our very best patrons. That's why I'm writing to you today. We're interested in your answer to a simple question.

Have we made you happy?

Thank you for your continued patronage.

Can you see the difference between these templates? If you'd like to improve your response rates, you'll need to account for the hidden details in your request. At this point you should have three things:

3. Your follow-up templates (see above)

If you have these three ingredients you have the system you need to triple your five-star ratings in a short amount of time. With the right system, you won't have to manage hundreds of reviews across a variety of review profiles. You can focus your attention on a single platform, reading, recording and responding to reviews as they come in.

This gives you leverage.

But this also brings us to an important point. Who should be in charge of the reviews that come in?

These are the owners, general managers, or managers of the restaurant. If a customer is unhappy you need a decision-maker on the scene to make things right. If they're happy, you need a decision maker to bring them back. Here's a general guide you can use to outline who should be in charge of reviews.

If you're running a multi-location restaurant you'll want to assign the appropriate decision-maker to the role. This creates accountability Here's a detailed breakdown for multi location businesses that you can use to manage things efficiently.

What if you're running a small business?

It's ideal if the owner or general manager acts as the first responder. This gives customers the access they need to resolve any potential problems as they occur. What if you're a business owner or manager who prefers to lash out at customers?

You're the wrong first responder.

If a vicious and undeserved review from a cheapskate customer is enough to rile you up, walk away. Pass the review management details on to a subordinate who reports to you. If you've hired a review management agency, make sure they're set up so they can respond as if they're an employee.

What about monitoring your reviews?

If you're taking the manual approach, most sites allow you to set up alerts for the review sites. Here are some instructions outlining how you can set notifications for the big three.

You'll want to set alerts for specialty sites like TripAdvisor, Zomato, Restaurant.com, and others. Here's a detailed post you can use to optimize your listings.

With your restaurant reviews in, spam your customers?

This is the absolute worst thing you can do. Don't beat prospects and new customers over the head with the amazing reviews you've just received. It'll leave a sour taste in their mouth.

Share the amazing reviews you've received with customers in an appropriate way. Here are a few ways you can promote your amazing five-star reviews.

Use these strategies and tactics to triple your five-star review ratings in less time and effort.

As we've seen, the vast majority of consumers rely on reviews to make key decisions. Reviews produce a significant lift for your restaurant, so a poor review portfolio means you're losing business.

Both you and your customers want the same thing.

Use the right system to attract more customers, leads, and sales. Take the time to get to know and understand how your customers search for your business. With a clear and consistent focus on your performance, you'll have everything you need to grow your restaurant rapidly. 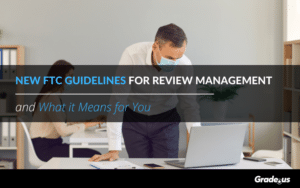